Home > About us  > Our People > Sean McWhinnie – Director 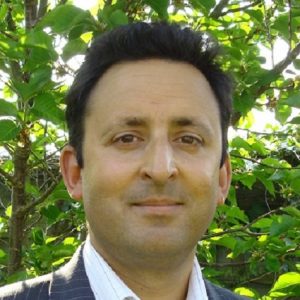 Sean established Oxford Research & Policy after he left the Royal Society of Chemistry (RSC) where he had worked in science policy for 12 years. Prior to that Sean held a post as a lecturer in the Chemistry Department at Brunel University. Sean has a detailed knowledge of UK academic community and science policy from his time as a chemistry lecturer and subsequent work at the RSC and working freelance.

While at the RSC, Sean established the RSC’s programme of work on diversity in chemistry. With the support of Dame Julia Higgins, who chaired the RSC’s main science policy board, and the RSC’s Secretary General at the time, Tom Inch, Sean began analysing the data on the representation of women in science. Having established that the key transition point where women appeared to progress less than men was the transition between the doctorate and post doctoral research, Sean commissioned qualitative work to investigate factors affecting the career choices of women and men in chemistry. Further work sought to investigate why some chemistry departments had higher proportions of female academic staff. The question was, was it just chance that some chemistry departments had higher proportions of female staff? The answer was that a small number of chemistry departments had better working environments and this seemed to correlate with recruiting and retaining higher numbers of female staff.

The consultants who did the original research on chemistry department, Evaluation associates, identified a number of key success factors research which were used to design the first version of the Good Practice Checklist, a tool which was used in the research that lies behind the first good practice report, Good Practice in University Chemistry Departments.