Home > About us  > Our People > Nigel Brown – Associate 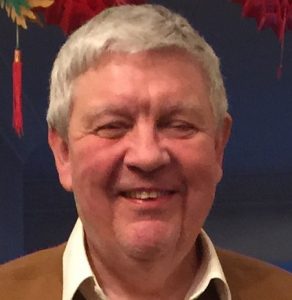 Nigel is an independent consultant in the field of post-compulsory education and training with particular reference to higher education. Prior to this Nigel was a higher education consultant with KPMG, an adviser on finance and funding issues to the Dearing Committee, Deputy Provost of London Guildhall University and Director of Finance and Funding for HEFCE following an earlier career in the Civil Service working entirely in the then Department for Education and Science mainly in the higher and further education branches of the Department. Nigel has a degree in Chemistry and has a wide range of expertise and skills and has carried out work in a wide range of areas.

In the area of strategic analysis of HE institutions, Nigel has carried out work for Universities UK on the future size and shape of the HE sector at a level, applying both traditional SWOT analysis and scenario planning techniques. A more recent specific example of such work has been an analysis of the impact on universities in the UK of the introduction of the apprenticeship levy from April 2017.

Nigel has also carried out several projects on the financial health of relevant departments for the Royal Society of Chemistry and the Institute of Physics and the Heads of Bioscience departments.  Work has included analysis of income and cost (including analysis of Transparent Approach to Costing (TRAC) data); resource allocation models; contribution targets to central costs; and financial threats and opportunities and long-term sustainability.

Nigel has carried out work for the Chairs of HE Institutions in Wales on comparator analysis of Welsh universities and selected English and Scottish universities and for the Cathedrals Group of Universities on their widening participation performance compared with other associations of universities (Million+ and the Alliance Group of universities). In general, such work uses publicly available datasets for students, finances and staffing (HESA and UCAS) and commissioned data.