Home > About us  > Our People > Caroline Fox MBE – Associate 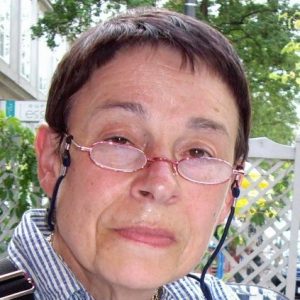 Caroline Fox worked in NHS management, and for 3 years at the Department of Health where she was responsible for workforce planning and training policy for NHS scientific and professional staff. Caroline was HR Director at Imperial College London for 6years, and has for the last 15 years worked as consultant, mainly in the public sector. Caroline was one of the founders of the Athena Project in 1999. She was responsible for the development and launch of the Athena SWAN Charter in 2005 and ran the SWAN recognition award scheme in its first two years. Caroline also advised on the setting up of the Institute of Physics’ Juno Award Scheme and on the assessment process.

Caroline acted as Advisor to Athena Forum, and was a member Athena SWAN Steering Committee for a number of years. Caroline recently produced a report for the Royal Society on the impact and transferable learning of the Athena Project.

Caroline was awarded an MBE in the 2016 Queen’s Birthday Honours for services to the Athena Project and to Women in Science.