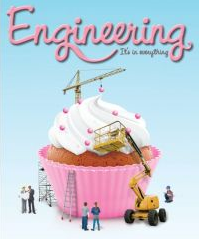 The Voice of Women Students

This project was undertaken for the Women’s Engineering Society (WES), working in association with Kataytik and funded by the Royal Academy of Engineering.

The report is split into two parts, reflecting the distinctive elements of the project.

The images for the final ‘cupcake’ poster can be ordered from the WES office (info@wes.org.uk) and downloaded from the project site. The poster design and colours were considered and tested using the target group of girls. The poster detail can be found on the project website. 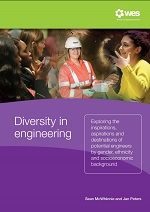 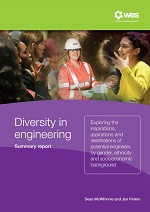 The original work upon which this report is based was the HE STEM funded Set to Lead project delivered by a collaboration between Oxford Research & policy, UCL Engineering and Katalytik.

A framework for identifying target groups of girls for interventions was developed for this project based on descriptions in the literature and on the field work carried out as part of the project.

Among the “don’t” group there are girls who have clear ideas of careers outside engineering and technology and hence also fall into the “won’t” group.

There is also a group from among the “don’t” girls who “could” follow engineering and technology paths.

This group is of particular interest: they are the girls that “could” follow engineering or technology careers as they are capable in STEM subjects, but whose personal identities and influences are very different from the “do” group and consequently do not have a positive predisposition towards engineering and technology.

The main challenge is to engage the “could” group in discussion and debate during the critical period between year 5 and year 8 (ages 8 to 13) so that they have an innate awareness of what engineering is about.